Stalking:The exact definition of stalking varies by state, but in general, stalking refers to “a course of conduct directed at a specific person that involves repeated visual or physical proximity, nonconsensual communication, or verbal, written, or implied threats, or a combination thereof, that would cause a reasonable person fear.”

In English, this means:
Cyberstalking: threatening behavior or unwanted advances directed at another using the Internet and other forms of online and computer communications. Cyberstalking can take forms such as: 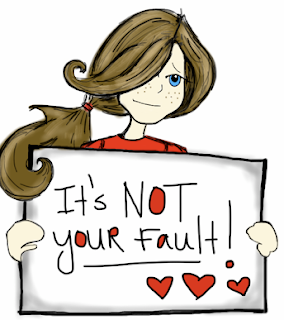 Sexual harassment: unwelcome sexual advances, requests for sexual favors, and other verbal or physical conduct of a sexual nature in which submission to or rejection of such conduct explicitly or implicitly affects an individual’s work or school performance or creates an intimidating, hostile, or offensive work or school environment.

Sexual abuse: Any unwanted sexual contact, including sexual touching and fondling
Rape/sexual assault: Forced sexual intercourse, including vaginal, anal, or oral penetration. Penetration may be by a body part or an object.
Acquaintance assault: involves coercive sexual activities that occur against a person’s will by means of force, violence, duress, or fear of bodily injury. These sexual activities are imposed upon them by someone they know (a friend, date, acquaintance, etc.).
Incest: sexual contact between persons who are so closely related that their marriage is illegal (e.g., parents and children, uncles/aunts and nieces/nephews, etc.). This usually takes the form of an older family member sexually abusing a child or adolescent.
Consent: Consent occurs when both partners freely and willingly participate in sexual activities.
The legal definition of rape includes any sexual contact without consent. Consent cannot be legally given in the state of Illinois if a person is:
– Under 17
– Mentally incapacitated
– Drunk or high
– Coerced
– Forced
Additionally, the absence of “no” does not mean “yes.” So, even if a person does not fight back or explicitly say “no,” they still are not necessarily giving consent.
*Information compiled from Porchlight, RAINN, and ICASA resources

Search Life After Dating A Psycho:

Think You Don’t Know Anyone Who Has Been A Victim of Abuse?

"According to a recent survey conducted by Liz Claiborne Inc. and the Family Violence Prevention Fund, nearly 1 in 3 teenagers who have been in a relationship report actual sexual abuse, physical abuse, or threats of physical abuse."
Even if you're not aware of it, chances are someone you know has been a victim.